Bullying and Protecting your Kids 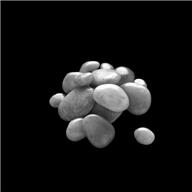 “Sticks and stones will break my bones, but words will never hurt me,” was a clever saying I learned growing up. Truth is words do hurt; words deeply penetrate our vulnerable selves. To help protect others from the hurt and loss bullying causes, the White House created a new anti-bullying initiative. Bullying can take many forms, such as using power to intimidate another, including physical violence, verbal and non-verbal abuse (e.g., name-calling, teasing, threatening looks).

As I think about this topic, bullying, I remember a time in my life when I was the one bullied and, at times, I was the one bullying. Neither scenario do I like to remember, but it illustrates the complexity experienced in either role. In third grade, it was very important to be part of a group of girls. We had our “leader” and it was important to be on her good side. Each week, however, one of the girls in the group was on the “out.” When it was my turn to be “out” it felt miserable. None of the girls played with me, they said cruel things, I was a nobody. I remember scrambling at home trying to make something and take back to school the next day as a way to buy their friendship back. Once I got back “in” I felt a sense of belongingness and safety. But me being “in” meant some other girl was “out.” Being part of the group, I went along with being the bully. Knowing how  powerless it was to be on the out, I enjoyed the new found power I felt within the group. No, it was not fair nor was it right…in either role. To this day, as an adult, I still feel a sense of shame when I trace back to that time and view my roles as the one bullied and the one who bullied.

In today’s day and age, bullying has taken on more power and is more far-reaching than during the time I was a child. Due to multiple online social outlets, bullying can travel with speed, be more public, and have anonymity. We can start shifting this harmful culture of abuse, by identifying some of the myths that keep bullying in power.

Myth 1: Kids will be kids.
Bullying is not a rite of passage. There is no developmental theory stating that we must be bullied to make it into adulthood. Instead, imagine growing up in a culture of compassion, where differences are embraced and the things that make us unique are celebrated!

Myth 2: They’re only words; forget about it.
This is one of those cases where it’s easier said than done. Our brains are designed in such a way to hold on to memories, for good and for bad. As much as you try to erase the hurtful things people have said about you, they are still there and just as piercing to your esteem as the day they were said. Be mindful of what you say, it may have a lasting impression.

Myth 3: Words aren’t as harmful as something physical.
True. Sticks and stones will break bones. However, words are often longer lasting and become embedded in our emotional development for the rest of our lives. The good news is that over time we are able to work through painful experiences and replace irrational beliefs about ourselves with positive beliefs, rooted in reality.

Myth 4: Bullies are “bad” kids.
As I illustrated in my story, people who bully others have often been bullied, whether at home or at school. This may be a way that they feel powerful or in control, but underneath those feelings is someone needing support and guidance towards a better solution.

The issue of bullying may draw our immediate attention to children, but adults experience bullying too. As adults, let’s create a culture of positivity. Share positivity within your interactions with others, in your tweets, blogs, verbal exchanges…your kids are watching your example.

Consider reaching out to a licensed professional to help combat the feelings of powerlessness, sadness, and hurt that being bullied or being the one who bullied has had on your life. For more information about the anti-bullying initiative, click here.